This portable high capacity and high current Power Bank is ideal for all USB devices, tablets and smartphones and comes with a Micro USB charging cable. It's pre-charged so you can start using it straight out of the box. Carry the Power Bank wherever you go on full charge and never worry about a low battery again - simply plug it in and let it charge. Charge your smartphone, tablet or mobile device on the go with the PB-2202.

Looking for larger capacity power bank or the one can jump start the car? Check it out :
http://www.laserco.com.au/power-devices/power-banks/PB-CJ12000-universal-portable-battery-rechargeable-12-000mah-with-usb-car-jumper-cables

or the cables for your smart phone or tablet: 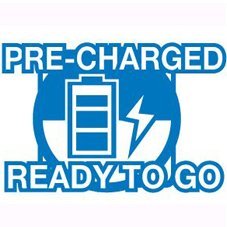 ?
Pre-charged ready to go
The Power Bank is 100% pre-charged so you can use it straight away out of the packet. The ultra portable design means you can easily carry it in your pocket or slip it into your bag. 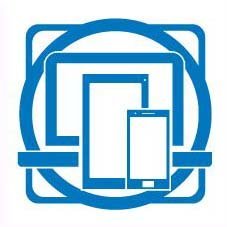 Mobile devices
For charging USB devices including smartphones, tablets, portable cameras and more.  Also comes with an LED light that appears when charging. 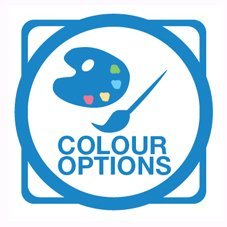 *Battery life may vary depending on application usage, products or devices, and power configuration.  Like all batteries, maximum capacity of this battery will decrease over time with usage.

We use batteries to charge most of our portable electronic devices (PEDs), but they can have serious safety consequences if they're not carried correctly when you're flying. For example, in 2014 in Melbourne, undeclared lithium batteries were packed into a passenger’s checked bag and short-circuited, igniting a fire in the aircraft’s cargo hold before passengers boarded the flight to Fiji. Since then, there has been various types of safety materials produced, that help passangers make sure their luggage is safe, even including Can I pack that? dangerous goods app and an easy to follow safety video, seen below.

How to carry batteries safely

How to protect your battery from short circuits

Short-circuiting batteries have been responsible for numerous on-board fires, so it’s important that all spare batteries have their terminals protected properly.

You can do this by:

We also demonstrate these techniques in our safety video above.

Buying batteries online? If it sounds too good to be true, it probably is

A lot of counterfeit goods are sold online and with batteries powering most of our personal devices, there's a high demand for spare, replacement and second-hand batteries. Unfortunately, electronic counterfeit goods do not meet stringent safety standards and pose serious dangers to the end user.

The best way to make sure the battery you’re buying is genuine is to buy it from a reputable, well-known buyer. If you're going to purchase a battery from a lesser-known distributor via the Internet, always keep the following in mind:

Can you spot the fake? Counterfeits are becoming so convincing that the only indicator may be the price. In this case, the battery on the left is genuine article, with the one on the right produced by a counterfeiter.

Looking after your batteries

Damaged batteries can be dangerous. Whether they’re dropped, smashed, overheated or mistreated in other ways, lithium batteries can become unstable and have been known to ignite fires due to mistreatment.

Batteries show clear signs of being unhealthy. Such signs include:

If your battery shows any of these signs, it should be replaced. It’s also a good idea not to travel with your batteries fully charged. Keeping charge levels at 40-70% will keep the particles that store energy in their most stable state during travel, minimising the risk of thermal runaway.

Example 5 - The difference between new and old batteries

Safety is the first thing that jumps to mind when buying a Power Bank. The main component of a power bank is a lithium ion / lithium polymer battery and by nature they can be a little temperamental. Although they are one of the most commonly used types of battery today, safety is still treated very seriously. There are two parts of a power bank that are of specific interest, these are:

A “Grade A” battery cell is a common industry term used to describe a quality battery made from premium materials and made using leading manufacturing processes. The real measure however of a battery’s quality is, whether it has undergone and passed UL Certification. Even though power banks can be tested to many different certifications, the most comprehensive is the UL Certification test called UL1642. UL1642 is a set of rigorous Electrical, Mechanical, Environmental, Fire and Heat Exposure tests. UL is the most widely accepted certification that ensures a battery’s compliance with world leading and globally recognised safety standards.

The Protective Circuitry or PTC (Positive Temperature Coefficient [circuit]) is considered a “Safety Valve” that protects equipment against excessive current from external short circuits, abnormal charge/over charge, forced discharge and other dangerous conditions by directly reacting to rapid increases in current by physically impeding the energy flow, then returning to a normal state once the excessive current has passed.

It’s easy to reduce the costs of power banks by cutting out the cost of battery certifications and protective circuitry, but by doing so creates a real risk to the safety of the power bank, any connected devices and even the end user.

How do I choose the right type of Power Bank for my customer?

The first step is to know what your customer’s expectations are. In general, power banks can be categorised into three main types based on capacity and usage. Single charge batteries, multiple charge batteries and specialty power banks that can jump start cars and power notebooks and laptops.

This category of power bank provides the lowest capacity and price.

2200 mAH is the most common capacity adopted by the market.

Single charge power banks are ideal as an emergency backup for charging phones. These smaller capacity power bank batteries however do not have enough capacity to fully to charge an iPad, tablet, or other devices which have higher capacity batteries. (they may give you only 10%-20% for an iPad Air 2 for example)

Phone batteries vary greatly in capacity so it is important that you understand the battery capacity of your device and the capacity of the power bank you intend to purchase. Smaller capacity power banks (<2000mAh) (when compared to a device battery capacity like an iPhone 6) may not provide a full charge for a device as it depends on many factors such as age of the phone, power bank, level of charge and so on.

Power banks in this class are able to charge phones and tablets, many of them equipped with two ports, one for charging phone and other for Pad or Tablet.

Special Class Power Banks can charge multiple phones and tablets and also laptops and notebooks and some can even start up your car when the battery has gone flat.

Special Class Power Banks have very high capacities and models can be tailored for specific uses.

How long will it take to charge my phone or iPad?

Charge time depends on the battery capacity of your device. In general, the larger the battery the longer it will take to charge. It is a common misconception that a larger capacity power bank can charge a device quicker, this is not the case. No matter the capacity, all power banks will deliver the same amount of energy to a device over a same period of time. So, if you have two phones that are exactly the same and one is being charged by a 2200mAh power bank and the other by a 6600mAh power bank, both will receive the same amount of charge at the end of one hour. The only difference is that the 2200mAh will have less charge left over than the 6600mAh power bank.

How long will it take to charge the Power Bank itself?

The same principal applies with charging a device – the larger the power bank battery the longer the charge time, however, a 2200mAh power bank may take only 2?3 hours to charge, whereas a 6600mAh power bank may take up to 3.5 hours to charge. Using a wall charger will give you the best results because it outputs a higher capacity charge than a PC (USB socket). A PC socket can typically delivery 500mAH of power whereas a wall charger can commonly provide up to 2400mAH of power (Note: As mentioned before, safety circuitry can restrict the flow of current to a device if excessive, so usually anything over 2400mAH will not see any improvements in charge time)

How many times can a power bank be cycled (recharged)?

Depending on the age, condition and class, a power bank may be cycled up to 300 to 500 times. Over time however, the capacity will slowly decrease and eventually need replacing, much the same as you see with a typical smartphone or tablet. A power bank when not in use or put into storage for extended periods should at least have an initial charge of about 50%. Storing a power bank without any charge will dramatically reduce the overall life expectancy of any battery.

What kind of cable comes with the power bank?

Most power banks come with a simple USB cable that is only used to charge the power bank itself. Some LASER products however come with charging cables that will suit multiple devices such as old and new Apple devices and devices using micro and mini USB connections.

Why is there different input and output sockets?

The input, which is usually a Micro USB connector socket, is used to charge the power bank. The output socket is most commonly a normal size USB socket. Simply plug your device’s charging cable (USB side) into the power bank to begin charging your phone or mobile device.

How many phones will a Power Bank be able to charge?

Does a power bank work with both iPhone and Android phones?

Yes. Essentially a power bank is just a battery which is connected to a USB socket. There is no software or hardware to cause any system compatibility issues. As mentioned previously though, you do need to be aware that matching your device with the correct capacity power bank is very important.

Do you carry a charging cable that can be used with my phone?

Most phones and tablets come with their own USB charging cable. LASER however does include charging cables which suit multiple devices (such as 30 pin, 9 pin and micro USB).

One simple but important reminder

To prolong the battery life, always keep it fully charged where possible. It is also a good habit to get into, and charge any new battery overnight.

How do I prolong the life of my power bank?

Avoid storing power banks in extremely hot or cold environments. Always store your power bank with at least a 50% charge and avoid storing your power bank is it has been completely drained. Keep your power bank out of reach from children and be careful not to drop, break or otherwise attempt to disassemble it. Internal components can be harmful if tampered with incorrectly.

Charging your Power Bank in your car

Avoid connecting a power bank to a car charger until the car has been started. Many car chargers on the market may not be able to safely handle the sudden peak of current during vehicle ignition and may damage the power bank.

Power Bank capacity refers to how much charge can be stored in a power bank battery. It is measured in mAH or milliamps per hour. It is also important to note that when a power bank is charging a device, some of the energy is lost in the transfer. In simple terms, it takes energy to transfer energy. So, the real capacity of a power bank maybe off by a factor of 10 or 20%.

No. The charge speed is determined by output current, not the capacity. (An even more accurate answer actually would be what the safety charging circuitry of a device limits the charging current to)