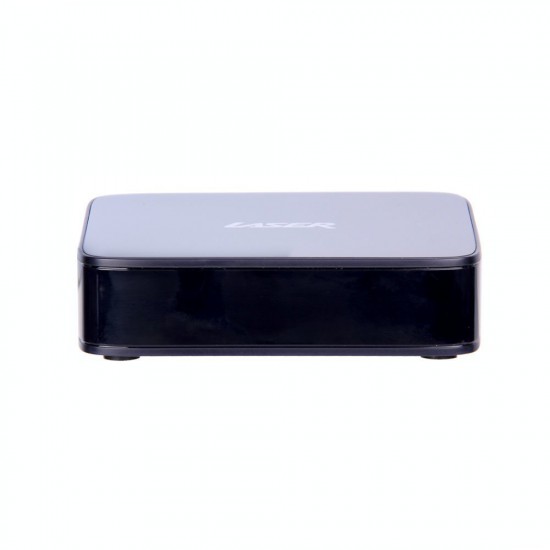 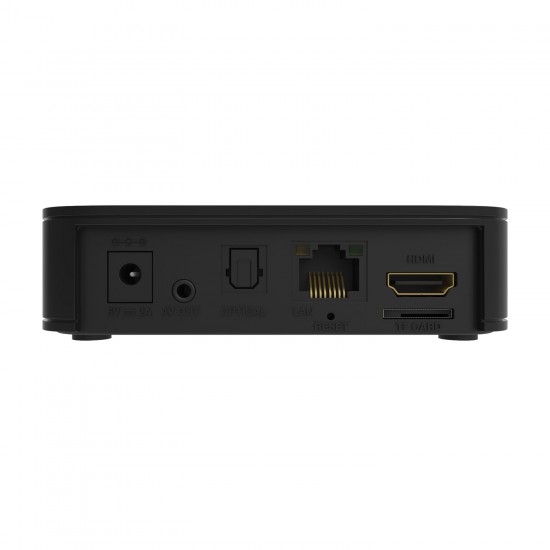 Transform your TV or monitor into a smart Android device with the LASER 4K HDR Smart Media Player.

Turn any TV into a smart device with this multi-purpose entertainment solution that brings APPs, movies, music and more all together on your TV.

The MMC-X40 comes with an Airmouse with built-in keyboard for easy navigation.

Please note that the Netflix APP will not support 4K or HDR content using this device. However, it supports Full High Definition 1080p

What are others saying about this media player?

Don't take our word for it, check out the reviews below! TRANSFORM YOUR DUMB TV INTO A SMART ONE
by
Ray Shaw, ITWIRE MMC-B18- Not sure what you want? Get a bit of both worlds! Smart Media Player and Set Top Box in one device

MMC-B15plus - Not sure what you want? Get a bit of both worlds! Record TV, stream movies and TV online and get all your APPs

Fast processor and memory designed for video
With an Octo-core Amlogic S912 CPU, 2GB RAM and 8GB Flash storage, your movies and games will play smoothly and load faster.

4K HDR Support
Supporting HDR10+ content. The future of television with brighter whites and darker blacks. Please note that the Netflix APP will not support 4K or HDR content using this device. However, it supports Full High Definition 1080p

DLNA: Playback content from your network of DLNA devices

HDMI or Analogue AV output: Connect to older TV's via composite video and L/R stereo (cable included) or connect to new TVs with HDMI for the ultimate in sound and vision

Wireless Connectivity: Dual-band AC Wi-Fi and Bluetooth on board means that you can connect to wireless networks or connect wireless products to the media player

Play it all - Multi-source, Multi-Format ready: Whether it is 4K movies from Netflix, Youtube videos online, movies/music from your home network or USB storage drive, KODI ensures playback of media player files

HDR10
HDR10 is an open standard supported by a wide variety of companies, which includes TV manufacturers such as LG, Samsung, Sharp, Sony, and Vizio, as well as Microsoft and Sony Interactive Entertainment, which support HDR10 on their PlayStation 4 and Xbox One video game console platforms. HDR10+, also known as HDR10 Plus, was announced on April 20, 2017, by Samsung and Amazon Video which updates HDR10 by adding dynamic metadata. HDR10+ video will be offered by Amazon Video later in 2017.

4K x 2K, 3D support
Hardware decoding up to 4K which can support the real 4K output. 4K streaming content is compressed in order to be sent across the internet to your TV. Hardware powerful enough to decompress this content is needed to display 4K content on your television. High definition content is streamed using the latest codecs. This requires a lower specification media player to process. Our media player will process both these and many more codecs.

Kodi
Kodi™ (formerly known as XBMC™) is an award-winning free and open source (GPL) software media centre for playing videos, music, pictures, games, and more. Kodi runs on Linux, OS X, Windows, iOS, and Android, featuring a 10-foot user interface for use with televisions and remote controls. It allows users to play and view most videos, music, podcasts, and other digital media files from local and network storage media and the internet.
More information here: http://kodi.tv/about/

Stream your media
Connect wirelessly to play movies, music and pictures direct from your network. As the Media Player is Wi-Fi ready, it allows you to connect your other

Internet browsing
Connect to the internet and access all your favourite apps, games and more. You can connect using the Wi-Fi or via the Ethernet/LAN port situated on the back of the player. Follow the menu to internet settings and you can connect there. If you get stuck please follow the instruction manual located in the box or on our website.

External HDD supported
Supports USB external memory devices such as hard drives or flash drives up to 2TB. Connect an external hard drive or flash drive to one of the USB ports situated on the side of the media player. Playback movies, videos, photos and music directly. Certain older USB hard drives requiring power from the USB port may not be supported (if you have a USB HDD with two USB plugs, then this is ok).

Multi-use USB ports
Connect various devices, such as a webcam, mouse or gaming joystick to the Android Media Player. If your mouse or keyboard is Bluetooth enabled you can also connect wirelessly.

Bluetooth 4.0
Wirelessly connect with your Bluetooth enabled keyboard & mouse, or joystick for gaming.

Optical Audio
Optical Audio is pure digital sound that is delivered via light from your Media Player to your TV or sound system. It offers a much higher quality sound than the traditional analogue sound that comes from RCA jacks in older AV and home entertainment equipment.

Amlogic Chips for Media Players
The Laser MMC-X40  Smart Media Player uses the Amlogic S912 –  adding extra video decoding up to 4K. This makes it more future proof than S805, and it could potentially be used as a media centre with a USB hard drive and Gigabit Ethernet connection. The S912 is the first Amlogic Media Player chip capable of streaming 4K HDR, HDR10+ media content.

* Amlogic S912 Octo-core ARM Cortex-A53 with a Mali T820 MP3 GPU is the latest and fastest solution on the market.